About ANI Foundation & Board Members

We plan to reach approximately 5 million youth through our print, radio and electronic partners.

ANI Foundation’s Purpose and Mission Is to bring about PREVENTION through:

• A high impact Media Campaign involving the youth of the country on issues related to HIV and AIDS
• Altering current risk-taking behavior to safe and healthy practices
• Collaborating with the UN, Govt. bodies, NGOs and media to address Denial, Rights, Stigma and Discrimination.

ANI Foundation was established in November 2007 in by Ms. Supriya Sen. She is the daughter of the late Mr. Mihir Sen, Guinness Book of Record inductee for being the first Indian to Swim the English Channel in 1958 and the Seven Seas in 1966 and the recipient of the Padma Bhushan and Padma Shree Awards in 1966.

Supriya was raised in . She is a graduate (BFA in Textile Design) from the Fashion Institute of Technology in . She has spent the last 20 years heading the import divisions for major Home Furnishing companies in the U.S.

Supriya has been passionate about the cause of HIV and AIDS. In 2006, she founded “ACT NOW INDIA” in the U.S which is a registered non profit 501(c)(3) advocacy organization committed to engaging our youth for an effective response towards HIV and AIDS in India

Ms. Sen is also a member of the U.S Advisory Council of the Micro Finance NGO Hand in Hand Seed, based in Kancheepuram, .

Dr. Tehnaz Dastoor, a long-time UN employee, was previously UNICEF’s Global Coordinator on Landmines and Focal Point on Child Soldiers. Tehnaz has worked globally on the issues of children in especially difficult circumstances. She developed UN Guidelines on Mine Awareness Education and among others, also dealt with children’s health and well-being, psycho-social trauma, and education worldwide.

Dr. Smita Tewari Jassal, anthropologist and gender studies expert is the wife of R.S Jassal, the current Ambassador to Turkey. She authored ‘Daughters of the Earth: Women and Land’ (2001, Manohar Publishers) and The Partition Motif in Contemporary Conflicts (2007, Sage Publications). She currently teaches Gender and Development at Columbia University, NYC.

Mr. Vinay Singhal has worked for over four decades in a number of leading multinational companies in India such as Unilever, DCM, the JK Group, Indo Rama and Fortis. Following a long and successful career in corporate life, he joined Fortis Healthcare, a Ranbaxy company, specializing in building and operating hospitals.

After retirement, Vinay accepted the position of Country Director for the Clinton Foundation. Currently he is Managing Director for a consulting company which represents Partners Healthcare, Boston, in India.

Ms. Sita Raina has been involved with the fields of Theatre & TV, film acting, direction and production for numerous years. She also has over twenty years of rich business experience in marketing, sales, retailing, corporate communication and administration to her credit. Sita is the ex- Director of Corporate Affairs for EURO RSCG India, the Indian Arm of the world’s fifth largest Advertising Agency.

Tax Exemptions:
Donations made to ANI foundation from India only are exempt from Income Taxes as applicable taxes rules. Please mail to the above address or Wire Transfer Directly to:

USA:
International donors can mail in their Cheque to ACT NOW INDIA which is a registered 501 (c )(3) in the U.S (EIN# 20-418849) at the address above or you may send a wire transfer to the following USA bank account:

The HIV/AIDS Problem in India 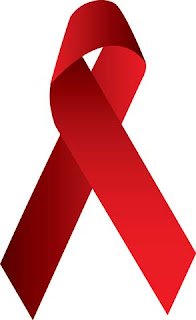 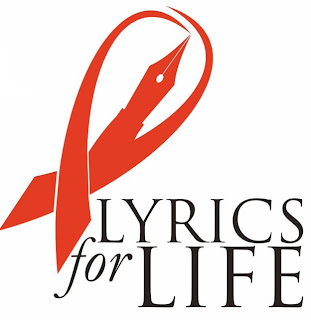 ANI Foundation in collaboration with the UN, Govt. bodies, NGO’s, Saregama, Wizcraft and Media partners present ‘Lyrics for Life’- An HIV and AIDS song writing contest for the youth of India.

What is Lyrics for Life?

Words have been the most powerful medium for change and we believe that the youth of India can lead, empower and deliver the message of HIV and AIDS awareness amongst their peers nationwide. Keeping with this belief, we have launched “Lyrics for Life”, a theme based contest where we invite young minds to pen a song describing their perceptions and feelings on the subject. The youth will have this unique opportunity to be involved in shaping their own destinies.

A panel of celebrity judges will then shortlist the best 12 lyrics in both Hindi and English for a CD released by Saregama that would be put to music by India’s leading composers and sung by celebrated singers such as Sonu Nigaam.

A live music concert in Delhi on Dec 1st 2009 organised by Wizcraft to follow release of the CD that would be telecast nationally through electronic media.

For More details on the contest and the rules and regulations Please log on to http://www.Lyricsforlife.in